Explanation of "next" strategy

I hadn't heard of the Euchre "Next" strategy until I partnered with a mischievous squirrel at World of Card Games. Prior to the game starting, he asked, "Have you heard of the 'Next' strategy p?". I had not, and he explained it: 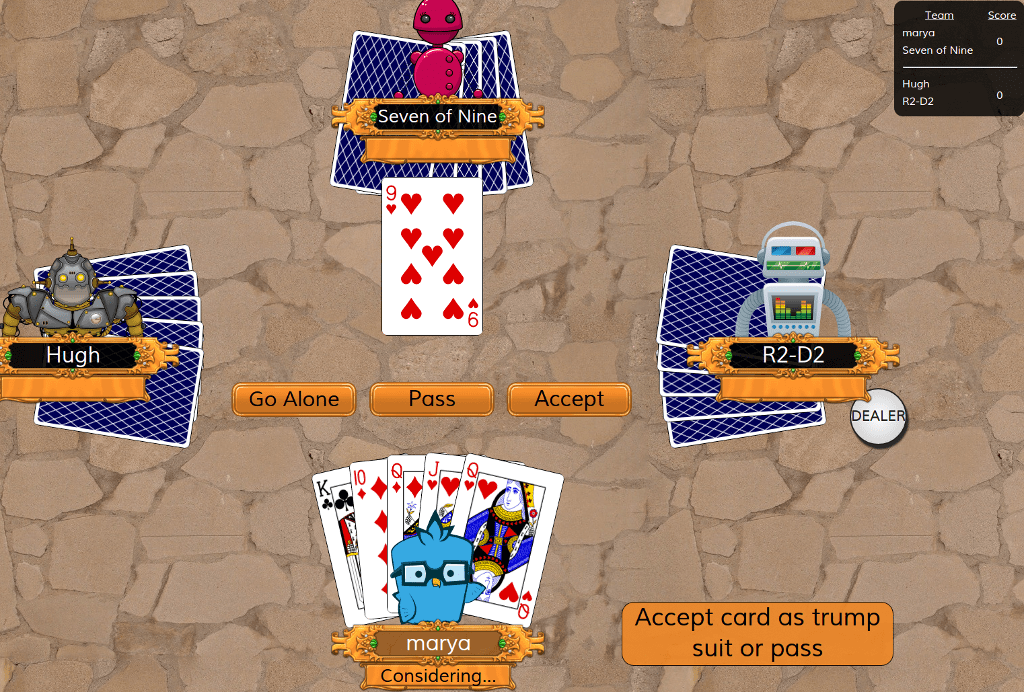 To clarify, let's use the screenshot above as an example. "First seat" is the player who is left of the dealer - that's "marya" in the screenshot. That person is the first to play, and the first to bid. As shown above, the "next" suit is diamonds because the up card is a hearts card. The squirrel was telling me that if all players passed on the up card in this scenario, the dealer's team likely wanted to call clubs or spades as trump. And that I would be wise to call diamonds if possible. I thought about this...

When the dealer passes on the up card, every player has had a chance to give the up card to the dealer, but no one did. What does this mean?

And if the dealer's team does not order the up card, they are passing up the opportunity to get 1 extra trump card. So it also probably means that neither player has good cards in that suit.

The fact that everyone passed on the up card indicates that everyone is weak in that suit, and may have a stronger suit that they are looking to make trump.

This all made sense. The part of the squirrel's strategy that jarred for me was the statement that "when the dealer passes [on the up card] they usually want the other color". I thought of times that I had passed on the up card because I had a perfect loner in the "next" suit - not the other color. For example, the up card was hearts, and I had a loner in diamonds. In those cases, if first seat called next, they'd be euchred. I wondered just how good this strategy was, in practice.

I searched the internet and found that the "Next" strategy has been described at the Vegas Euchre and Ohio Euchre websites. It is known to work, but I didn't have any hard evidence. I decided to run a test.

Experimenting with the bots

I programmed the Euchre bots at World of Card Games so that they would use the "Next" strategy in the best possible case:

If all of those conditions were in effect, the bot in first seat would call the "next" suit.

After programming the bots this way, I ran a large number of simulations in which one pair of bots used the "next" strategy versus opponent bots who did not. Over a large number of games, the only difference in strategy between the two teams was that one team used "next" and the other did not.

Which card to play?

Using the "Next" strategy sometimes requires that your team play defensively [Edit: see next paragraph for new info]. Ohio Euchre says "In a hand where you hold two small cards in next, but no power, try leading an off suit that you think your partner may be able to trump". So if you are calling "next", you should not lead with a trump card unless your hand is strong in that suit a non-trump suit. If this is not so, lead with a weak, non-trump suit, hoping that your partner will trump it. If possible, don't lead with a non-trump Ace, either - you want to try to save it for when trump is exhausted from all hands, so it can't be trumped.

New! June 29 2016: When calling "Next", special consideration must be made as you and your partner pick a card to play. The advice above applies if you have two weak trump, but what about other cases? Ohio Euchre explains it in detail - you should study their page, but here's the gist of it:

Here's a replayer with an example of the "next" strategy. The up card is 9 of spades. You can see here that the dealer is strong in diamonds, and will probably call diamonds if the second round of choosing gets to them. First seat doesn't have a very strong hand in the "next" suit (clubs), but does have two of them. He also has a void in 2 suits, and might be in a position to use both clubs to trump tricks being taken by his opponents. The side Ace may also take a trick if all trump are exhausted before it is played. Luckily, his teammate holds the Jack of clubs. No one at the table has a strong enough suit to call spades, so when he gets the opportunity, he calls clubs. You can see the strategy working if you click the previous link, and go through the steps using the replayer. The hands are shown in the screenshot below: 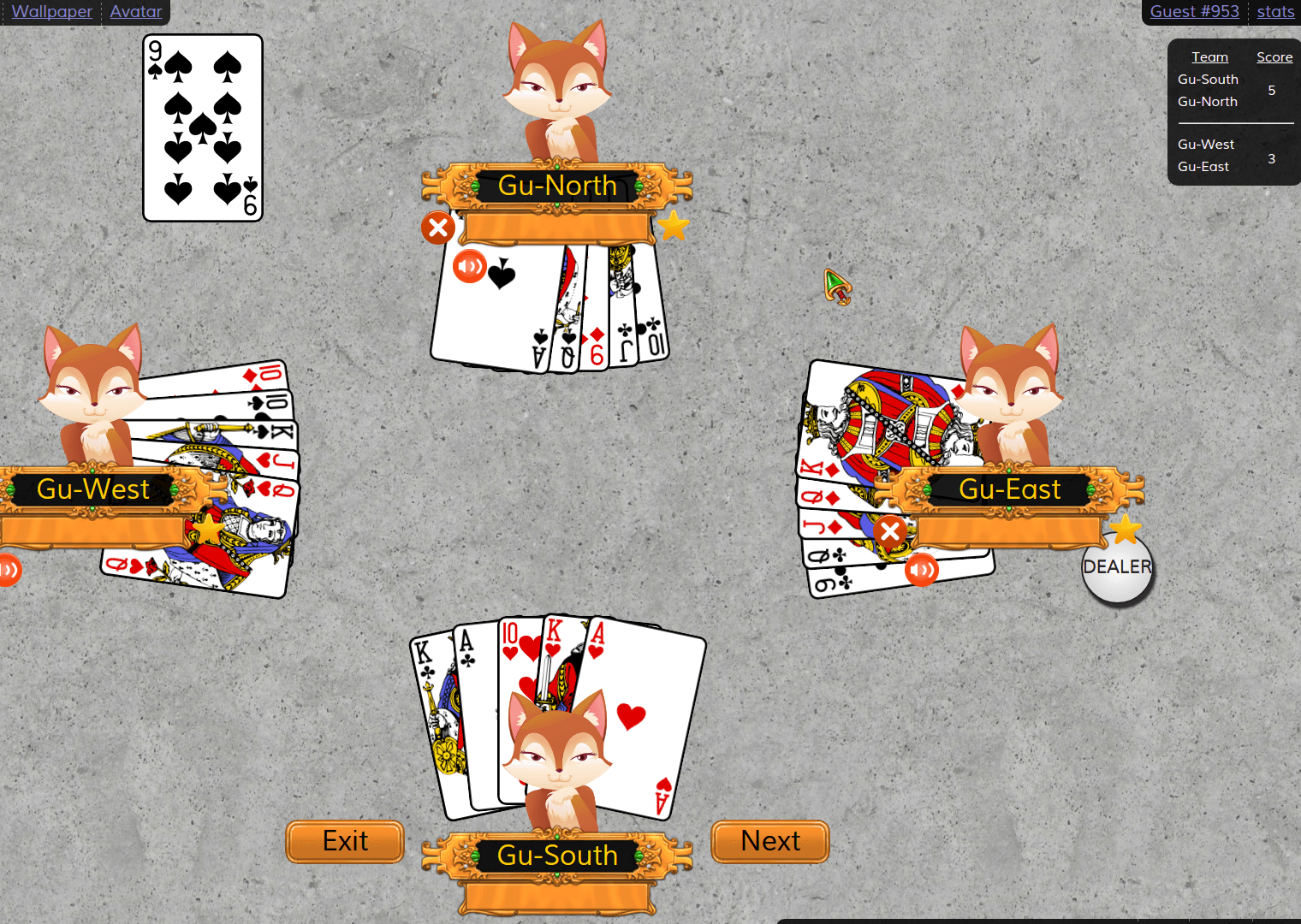 Here's a replayer where the "next" strategy backfired. The dealer turned down the Jack of clubs. Some would say this was a mistake, because he would have had both bowers had he called it up. In any case, he had a pretty strong hand in spades - the two highest cards, once first seat called up spades as trump. This demonstrates how using the "Next" strategy can lead to being euchred.

To be sure, the "next" strategy does not always work. But it works so often that you'd be unwise to ignore it.