An important part of Double Deck Pinochle involves reading your partner's signals. One of the fundamental signals is the "ace-on-ace leadback".

A "leadback" is a signal to your partner when they have the lead - that is, they are the first player to play a card in this trick. They will keep the lead by playing the highest cards - probably aces. At some point, they will run out of aces to play, and so they will probably lose the lead to some other player. They would like to pass the lead to you, so that your opponents don't get a chance to rake in point cards. If you can give your partner a signal, they may be able to play a card which lets you take the lead.

In the screenshot below, B-4 (West) has led with an ace, and their partner T-1000 in the East has followed with an ace. That's usually a bit surprising when it happens. 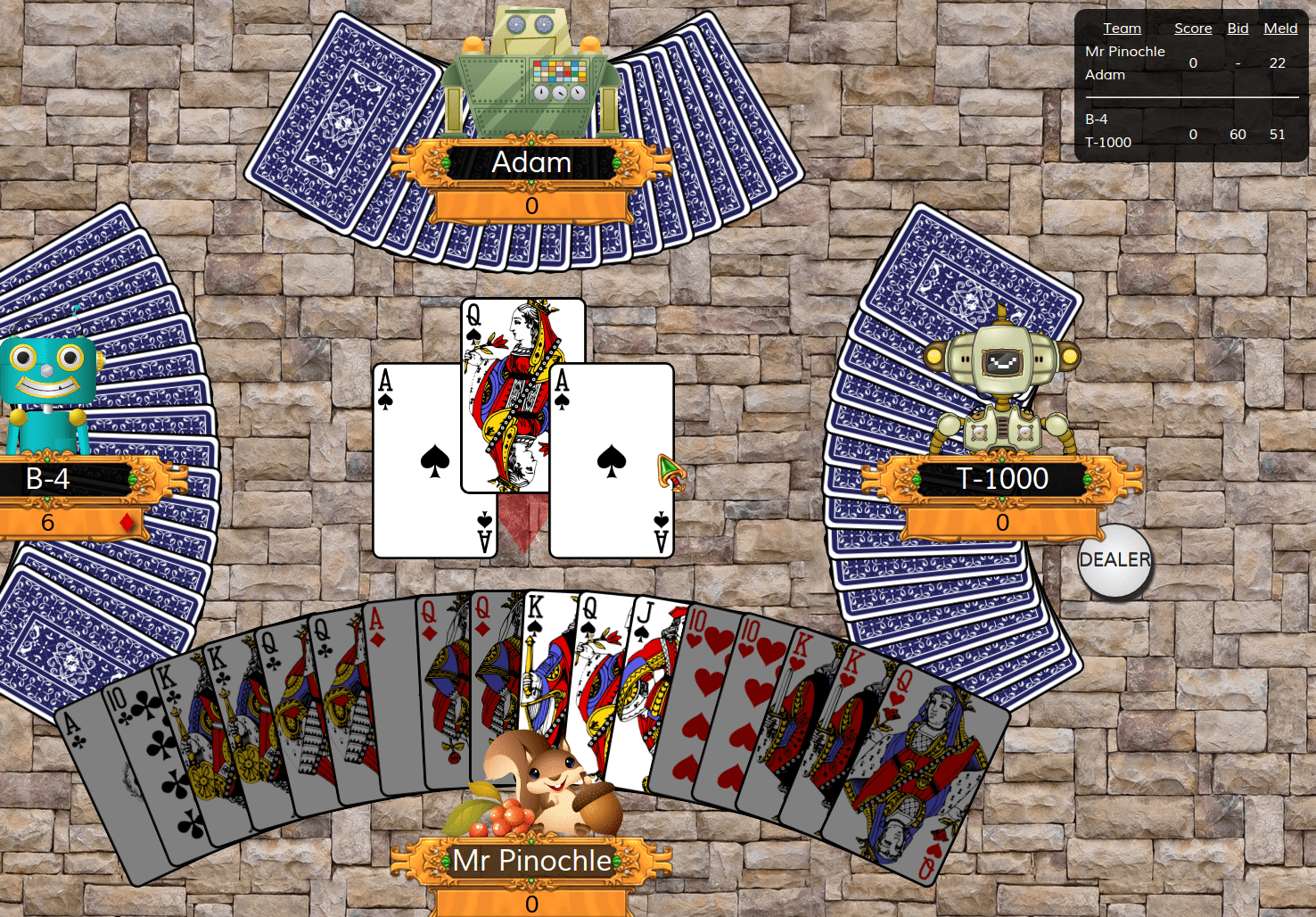 Most players will not voluntarily waste an ace by sacrificing it in this way. It is better to only play aces in such a way that they win the trick. So when it happens, it is likely that your partner is trying to "tell" you something.

So, if your partner plays an ace on the ace that you led, don't ignore it. Lead with a low card in that suit, and you will most likely pass the lead to them. You may want to lead with the king in that suit, if you have one. If you feel confident that your partner will take the trick, you will be giving your partner your own king - a point - by leading it. In addition, your left-hand opponent must play a higher point card - that would be the ten in this case - so your team will very likely get 3 points out of such a trick. If you have no king in that suit, then lead a queen, which will also force your left-hand opponent to play a point card.

Here are some links to discussions about the ace-on-ace leadback:

This video demonstrates the ace-on-ace leadback in a hand of Double Deck Pinochle.

This is a link to the Power Pinochle hand history for the hand played in the video above. You can copy that content into Power Pinochle's hand animator to see how the hand from the video played out.